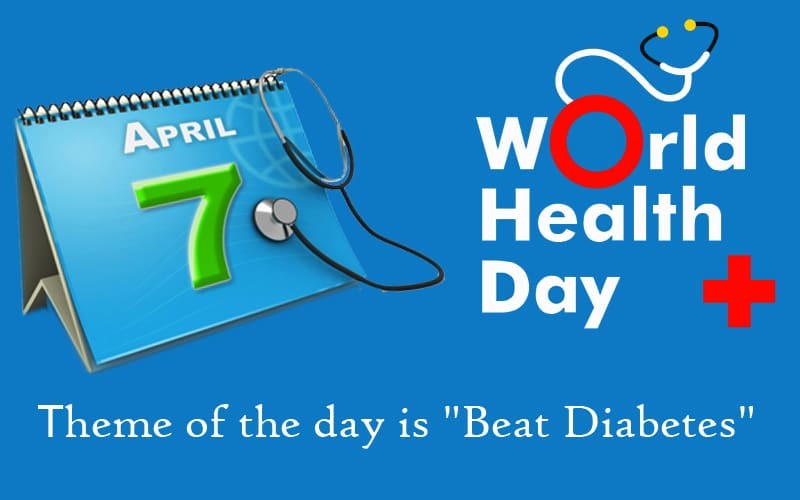 As the world celebrates World Health Day today (07/04/2016), the theme for this year is ‘Beat Diabetes’ as it is a major public health concern. The World Health Organization (WHO) estimates that in 2012, 1.5 million deaths were directly caused by diabetes, with more than 80% of diabetes related deaths taking place in low and middle-income groups due to lack/no awareness and monitoring systems.

We at Thomson Data value the good health of everyone as it is intrinsic to human happiness. To ensure well-being of all the fellow citizens, we support the World Health Organization in its efforts to bring greater awareness to the worldwide diabetes epidemic and encourage everyone to participate in World Health Day on April 7.

We understand that for a good life, the perfect mind-body integration is a must. By all means, the mysteries of the human body are hard to interpret but all the knowledge that medical science has to offer should be taken into consideration.

WHO is focusing the World Health Day, on 7 April 2016, on diabetes because:

1. The diabetes epidemic is rapidly increasing in many countries, with the documented increase most dramatic in low- and middle-income countries.

2. A large proportion of diabetes cases are preventable. Simple lifestyle measures have been shown to be effective in preventing or delaying the onset of type 2 diabetes. Maintaining normal body weight, engaging in regular physical activity, and eating a healthy diet can reduce the risk of diabetes.

3. Diabetes is treatable. Diabetes can be controlled and managed to prevent complications. Increasing access to diagnosis, self-management education and affordable treatment are vital components of the response.

4. Efforts to prevent and treat diabetes will be important to achieve the global Sustainable Development Goal 3 target of reducing premature mortality from noncommunicable diseases (NCDs) by one-third by 2030. Many sectors of society have a role to play, including governments, employers, educators, manufacturers, civil society, private sector, the media and individuals themselves.

The main goals of the World Health Day 2016 campaign will be to:

Increase awareness about the rise in diabetes, and its staggering burden and consequences, in particular in low-and middle-income countries;

Trigger a set of specific, effective and affordable actions to tackle diabetes. These will include steps to prevent diabetes and diagnose, treat and care for people with diabetes; and

Launch the first Global report on diabetes, which will describe the burden and consequences of diabetes and advocate for stronger health systems to ensure improved surveillance, enhanced prevention, and more effective management of diabetes.